With Windows 10, the virtual desktops feature has been added, which Linux or OS X administrators and users have been using for years.

However, the term “virtual” is not appropriate here. What is meant exactly is the possibility to create multiple desktops with differently opened applications and to work with them. This has nothing to do with virtualization. No hypervisor is used to virtualize the desktops. The term “multi desktop” or multiple desktops is therefore more suitable here.

Creating additional desktops is pretty simple. By pressing the “Windows”-key + TAB, you get an overview of the currently opened apps. New here is the new bottom point “New Desktop”. 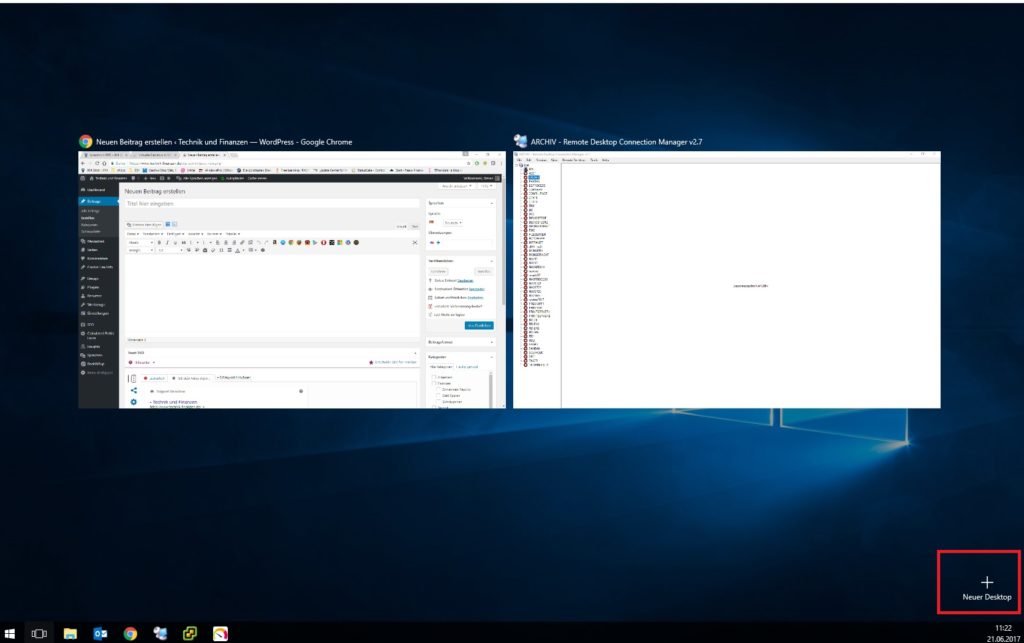 This creates a new desktop without any running application. Here you can now start further applications and switch back and forth between the desktops by pressing the key combination.

The PID of the respective application remains the same, no matter how many virtual desktops the application is running on.